5 Things You Didn’t Know About ECT 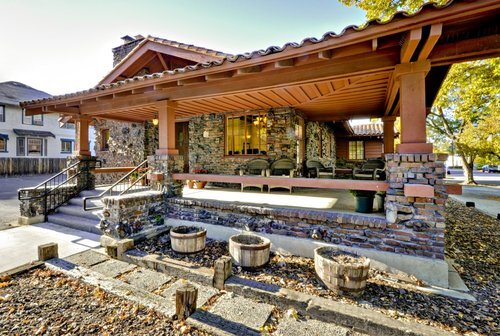 While some may say that truth is stranger than fiction, nothing could be further from the truth where electroconvulsive therapy is concerned.

The American Psychiatric Association defines electroconvulsive Therapy, or ECT, as a medical treatment that involves a brief electrical stimulation of the brain while the patient is under anesthesia. It is commonly used in patients with severe major depression or bipolar disorder who have not responded to traditional treatment methods.

Despite the many benefits that electroconvulsive therapy can provide, many misconceptions still exist regarding its use. To this end, we’re going to list off five common myths regarding ECT and what the facts are regarding them.

Myth: ECT Can Cause Brain Damage

Truth: MRIs taken before and after Electroconvulsive Therapy show no signs of negative structural change in the brain.

Data compiled by The National Center for Biotechnology Information has added evidence to the hypothesis that ECT enables plasticity in the brain, effectively falsifying older ideas that ECT causes irreversible brain damage.

Truth:  Electroconvulsive Therapy can result in both anterograde and retrograde memory impairment, and is typically not permanent.

Anterograde amnesia, or the ability to create new memories after the event that caused the amnesia, is the most common, but typically lasts a few days or weeks.

Retrograde memory impairment typically involves the weeks leading up to treatment. Methods to reduce the risk of memory loss include electrode placement and the duration of electrical pulses.

Myth: ECT Only Works for Depression

Truth: Electroconvulsive Therapy has been found to be an effective treatment for several psychiatric conditions.

Widely believed to only be effective against unipolar depressive disorder, the truth is that ECT can effectively treat:

Further, ECT has been demonstrated in trials to be effective in acute and maintenance treatment of Parkinson’s disease.

Truth: Electroconvulsive Therapy may be an effective first-line treatment where a rapid positive response is required to ensure the patient’s safety.

Ask your provider if ECT as a first-line treatment would be right for you.

Truth: Electroconvulsive Therapy is conducted in a safe, controlled environment under anesthesia and the supervision of a trained team of specialists.

As stated above, every ECT session is administered under anesthesia. To reduce patient discomfort even further, a muscle relaxer is given to the patient prior to treatment.

Further, ECT has been found to be an effective and safe non-invasive treatment for patients with higher risk, including elderly patients and pregnant women.

If you’re considering Electroconvulsive Therapy, we recommend checking out our article on what to expect before and during your first ECT visit.

How North End Psychiatry Can Help

North End Psychiatry is the only office in Boise where Electroconductive Therapy is administered by licensed psychiatrists. Couple this with the fact that we offer on-site labs and prescription medical support, you can think of North End Psychiatry as your one-stop psychiatric services shop.

And now with our new office, West End Psychiatry, located in Caldwell, we’re even closer to home than you may have previously thought. Have questions about ECT or any other psychiatric service? Give us a call or send us an email today. We’ll be happy to help.

Call Now
We are open during COVID for telehealth as well as in office visits.